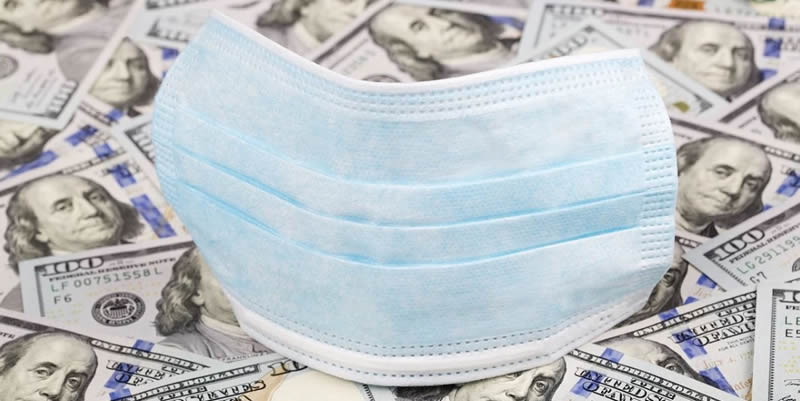 END_OF_DOCUMENT_TOKEN_TO_BE_REPLACED

As we ponder what has transpired since the beginning of 2020, and as we look back at the first quarter, we are struck by a plethora of thoughts given the monumental difference between how the year began and the quarter ended. To begin, the economic situation in which we find ourselves is first and foremost a human tragedy, which is a fundamental reason behind the confusion that has presented itself. Typically, financial markets operate using backing assumptions rooted in monetary and fiscal policy and measured against a backdrop of interconnected datasets that present a scorecard of the health of the underlying economy. In the case of the coronavirus pandemic, the various groups involved on a policy level have massively different perspectives. Generally, the health experts at the fore of the pandemic response have little experience in navigating economic conditions. Economists famously avoid allowing real-life human motivations into their models and perspectives, preferring to view most problems through the lens of rationally self-interested individuals or organizations. Politicians exist somewhere in the middle, and are self-interested almost by definition, and the modern 24-hour news cycle lends itself more to theories than facts. This has led to huge disconnects in the policy response both within and among different countries. This can also lead to potential policy mistakes as leaders ponder the path forward in the coming weeks and months.

There can be no doubt that the current economic contraction will be the sharpest since the Great Depression, a fact which the International Monetary Fund underscores in their current revision to the economic outlook. Beyond that, however, the incredibly wide range of assumptions by economists about underlying GDP growth for this year (quarterly and annually) and into 2021 is truly astounding (Table 1). Clearly, the incoming economic data, from employment data to industrial production to consumer confidence will rival the worst historical readings, but what really matters is the economic damage done once the pandemic crisis allows the global economy to reopen.

Recessions are often exacerbated by an accompanying credit contraction in the economy as capital markets close to new financing activity. Moreover, the banking system, through both tightened lending standards for businesses and consumers coupled with asset-quality driven balance sheet weakness serves to depress credit formation. This time around, many market participants and observers rightly view the US banking system as better capitalized and more able to help grant credit into the recession. While we believe this to be the case, there are a number of impediments to administering some of the stimulus Congress passed in the CARES act and other stimulus bills. There is also a limit to the amount of non-performing loans the banks can tolerate before lending standards are tightened. Additionally, commercial and industrial lending (C&I) is up sharply as large companies have drawn their revolving bank lines, which has the potential to crowd out some other forms of lending.

We remain concerned that many pundits posit that the recovery will be v-shaped and extremely quick, and that this may be an overly optimistic assumption. We think the recovery will be, at best, u-shaped, for a number of reasons. Potential changes in consumer behavior, the domino effect of delayed financial obligations, the closure of some small and medium-sized businesses, and other factors serve to provide significant uncertainty around the recovery story. That said, there is reason for optimism given the extensive set of Federal Reserve programs and the massive amount of fiscal stimulus that Congress put into the system. If we compare the speed of the reaction to the 2008 crisis, there is little comparison. There is also a recognition that this recovery needs to start on Main Street and not just keep very large corporations afloat.

From a market perspective, the twin exogenous shocks of both a pandemic and oil crisis led to massive repricing of bond risk premia (namely credit but extending to any bond market sector that was not U.S Treasury obligations), and an overall market rout. As we note above, economic activity essentially ground to a halt as the economy came to grips with the public health measures necessary to combat the pandemic. Yet financial obligations (debt service, accounts payable, rent, mortgage payments, etc.) continued apace. The National Bureau of Economic Research (NBER) posits that a recession is the result of two consecutive quarters of negative growth. In just a matter of weeks, it appears that the economic shutdown is unlike anything investors have experienced since the depression era 1930s and looks certain to meet the NBER’s definition. The magnitude of this pandemic crisis is underscored by the Fed and Government responses. We have not only had a mid-month Fed rate cut but trillions of dollars targeted at industries, small business and consumers. Additionally, this litany of programs served to respond to a financial system that was called into question given the spike in volatility and subsequent rout of both fixed income and equity markets. We note the following to put some perspective around fixed income market action in the first quarter, but March in particular.

Even the Aggregate index (shown in Table 2 as the BAML Domestic Master) posted a negative excess return. The inability of the market to discern the timing of a reemerging economy as well as the collateral damage along the way has led to major liquidity issues that the Fed is actively addressing.

Fundamentals and structure matter, but as evidenced by the excess return’s scorecard, we are in uncharted territory.

As we have noted, and what cannot be overstated, is the fact that fixed income markets were pricing in widespread solvency and liquidity risks when the market panic began in earnest in early March. Solvency fears have diminished but remain prevalent across wide swath of sectors currently, not least because of the widespread increase in leverage across corporate America over the past decade. Moreover, while the various Federal Reserve programs are relatively large in overall scope, they are not unlimited and there are limitations by security type and per issuer. Further, some sectors continue to trade at distressed or even recovery value levels (primarily those that are dependent on foot traffic including travel, leisure, hospitality, consumer discretionary, etc.) This includes securities and issuers that remain investment grade. The oil price collapse has further depressed those fixed income sectors that derive earnings from the oil patch, whether directly or indirectly. We would argue, and this is evident in the large number of announced distressed credit fund launches, that there is likely another leg down for risky assets as economic damage translates to income statement and balance sheet damage.

Despite these concerns, we firmly believe there is and will be value in those sectors that will survive and even thrive as the recovery eventually takes hold. Credit spread dispersion has recovered from the March highs, but remains very elevated relative to most historical observations, providing an opportunity to differentiate between the winners and losers. Despite the fact that overall yields remain depressed, the credit spread component of all-in-yield is now significantly more attractive than it has been and should provide protection against either a rise in interest rates or further spread widening. Further, fundamental analysis should begin to matter again, rewarding companies with prudent balance sheets, strong management teams, and good growth prospects and thus also rewarding those investors that take careful advantage of the current environment.

Important Disclosures: This report is neither an offer to sell nor a solicitation to invest in any product offered by Xponance® and should not be considered as investment advice. This report was prepared for clients and prospective clients of Xponance® and is intended to be used solely by such clients and prospects for educational and illustrative purposes. The information contained herein is proprietary to Xponance® and may not be duplicated or used for any purpose other than the educational purpose for which it has been provided. Any unauthorized use, duplication or disclosure of this report is strictly prohibited.