In the August Foresights, we use Michael Lewis’ latest book, The Undoing Project, as a launching pad to review the evolution of Behavioral Economics and Investing.
This piece discusses 4 classic behavioral biases and how they evade detection. While we may all wish to be Mr. Spock when wearing our investor hats, we often fall under the spell of Mr. Draper.  The paper provides concrete examples for both investment managers and allocators to identify them and limit their impact. 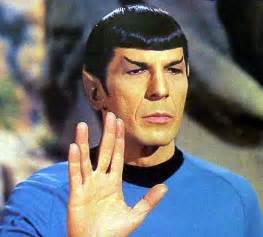 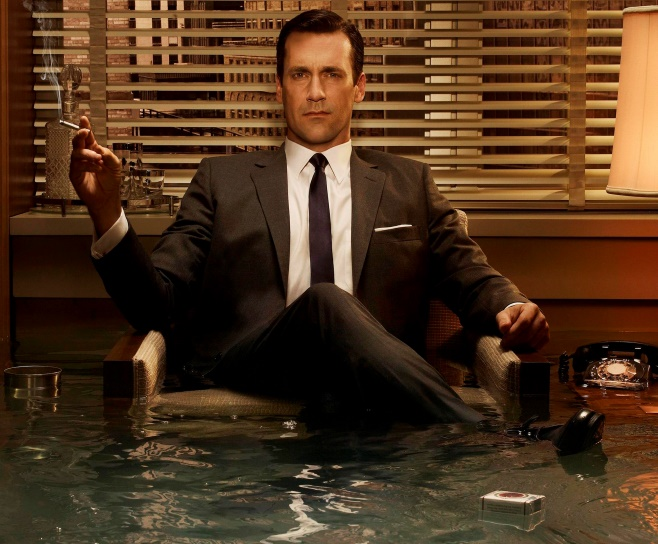 Michael Lewis’s latest book, The Undoing Project, tells the story of Daniel Khanneman and Amos Tversky, two Israeli psychologists who studied how people make decisions and in the process changed the way many economists think. As good decision making is at the core of good investment management, we thought it useful to spend some time on the topic, and hopefully in the process, shed some light on how good investment managers make decisions.

First some background. Prior to Khanneman and Tversky the standard economic paradigm, often referred to as the Neo Classical Economic Model, was that people were rational and made their decisions based on their economic best interest. The premise was that people possess the knowledge, skill and ability to calculate the best outcome possible and make decisions accordingly. Papers were written, books published, and theories developed using this basic premise as the foundation.

There may not be a better way to further explain this concept, and its flaws, than pointing to a pair of television characters, Star Trek’s Mr. Spock and Mad Men’s Donald Draper. Spock, the world’s most famous Vulcan, was famous for his devotion to logic and his uncanny computational ability. He was the quintessential “rational man” able to reach the optimal solution to any business problem. This is where Draper comes into the story. Draper was a caricature of an ad man in the 1950’s & 1960’s. Slick, handsome and mysterious, he was the creative director of a fictional Madison Avenue advertising firm and used his cunning to develop ad campaigns for some of our favorite products. While clearly brilliant at getting people to buy products, he created ads that often coaxed people into ignoring their rational side. Whether his guile would have been effective on a Vulcan is a topic for TV fans to debate, but his approach seemed to have an uncanny resemblance to real-life ad campaigns.

So did the advertising industry know something that economists did not? Khanneman and Tversky thought so. But what was truly extraordinary was that as scientists they sought to prove it. They contended that people do not make decisions rationally, but are susceptible to certain biases. They then spent 30 plus years researching these biases through both thoughtfulness and experimentation which ultimately led to the development of a new field called Behavioral Economics. Lewis chronicles their journey brilliantly by detailing the duo’s work, relationship and thinking.

One interesting aspect of the story is that economists did not welcome the new school of thought with open arms. Rather, they defended their rationality assumptions so that the foundation of their models would not be undone. However, Khanneman and Tversky were persistent in their quest, designing experiments to test their theories. Their experiments were built around understanding why people made specific decisions. They gave people problems to solve or choices to make and found that people more often did not make the optimal or rational choice. What Khaneman and Tversky’s work showed was that humans’ decision making process was fallible.

They took this fallibility a step further and isolated root causes of various decisions. Others have built on their work and there are now dozens of identified behavioral biases that the human brain uses when processing decisions. These discoveries transcend economics to all decision making and have been applied to improve medical diagnoses, hiring practices, and other disciplines.

What Does That Mean To Us?

Our interest is in the ramifications for investment decision making and more specifically, how investment managers and asset allocators can incorporate the knowledge of behavioral biases into their manager selection and overall investment process. Clearly one way of combating these behavioral biases is to have a fully systematic process; but many pure fundamental managers have successfully created hard limits within their own internal procedures to evade such biases while still allowing for the potential alpha of idiosyncratic expert-driven stock selection. With this in mind, we thought it would be useful to recap a few known behavioral biases and how they apply to both investment decisions and the manager selection process.

The Endowment Affect is the tendency of people to place too much value on what they have. It is generally manifested by demanding much more to give up an object when compared to what they would pay to acquire the same object. In the context of investing, a manager might overvalue the stocks that they own in comparison to other alternatives. Many fundamental managers combat this bias by setting hard target prices for their stocks, while some go a step further by formally reevaluating their holdings on a periodic basis to assess whether the investment thesis still holds. Some managers even rotate analyst coverage of specific names to ensure that a company is always being looked at with a fresh perspective. In the manager selection realm, studying a manager’s “sell discipline” to understand what triggers the sale of a position can help allocators understand if managers compensate for this bias. Similarly, by establishing preset procedures and evaluation criteria, allocators can compensate for this bias that would otherwise lead them to hold an underperforming manager too long.

The Availability Bias states that people give too much weight to items that are fresh (or available) in their memories. Ways to combat this bias are to assign equal weights to long-term and short-term factors in evaluation models, or to have disciplined buy and sell rules that clearly define preferences for stocks with similar risk/reward ratios based on non-subjective criteria. In the manager selection realm, putting too much emphasis on recent performance is the obvious example of this. To compensate, it is important to study a manager’s full track record over at least a five year period and to dissect what can be attributed to the style effects versus skill or its absence thereof. As Jeremy Grantham once famously said, “90% of what passes for brilliance or incompetence in investing is the ebb and flow of investment style”.

Framing is the tendency to draw different conclusions from the same information depending on how it is presented. Some managers adjust for this bias by expanding their research beyond corporate management communications to other firms within a company’s supply chain. Others have multiple analysts or PMs meet with management and write-up their conclusions independently in order to provide more objectivity in the interpretation of the information provided. On the manager selection front, anyone who has ever been pitched a strategy from an investment manager knows how good they can be at salesmanship. Some managers’ ability to present themselves in a favorable light would even make Donald Draper proud. Isolating good performance periods, using inappropriate benchmarks and showing only profitable trades can be examples of framing. One way to compensate is to ask all investment managers under consideration to complete a questionnaire in the same format. As mentioned previously, understanding the impact of style effects vs. manager skill is also critical here. This allows evaluators to view all data the same way and removes some of the salesmanship from the selection process.

Confirmation Bias is the tendency to weigh information that supports an existing opinion more than information that does not. In the manager selection world, relying on a first impression of an investment manager when subsequent data does not support that impression would be an example of confirmation bias. Another (unfortunate) example is that large firms represented by portfolio managers and investment executives that are cardboard cutouts of Don Draper are more consistent with the investment industry’s ethnic and gender expectations of competence than a small firm run or populated by the likes of Claire Huxtable (the iconic professional working mom who co-starred in The Cosby Show). Because Claire represents an anomaly and Don does not; Don would likely receive more of the “the benefit of the doubt” for a new strategy or a challenging performance period than Claire. Again, building an investment process that evaluates all aspects of a manager can help compensate for this bias.

While all of this may seem like common sense, it is not that simple. Prior to Khanneman’s and Tverskey’s work, no one had identified behavioral biases. It was not necessarily an achievement that they found that people make mistakes, but their contribution was to understand the behavioral underpinnings of the mistakes. The good news is that this allows for course correction.