Home » A World without America?

A World without America?

We are pleased to present the next ForeSights, A World Without America?, which uses a historical framework to evaluate the impact of a more insular, America First foreign policy. The investment implications of this journey will profoundly affect the risk premia attached to different assets. Therefore, we close this piece on the investment implications of an America First geopolitical policy. 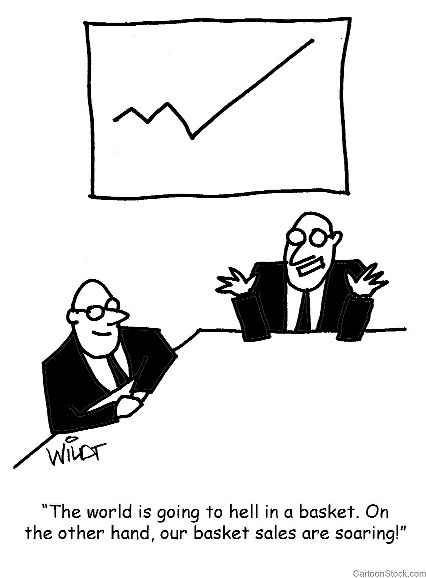 At his inaugural address, President Trump touted an inward looking, “America first” foreign policy. Arguably, this posture was a stunningly explicit (and perhaps misguided) recognition of a trend that had begun with the previous administration; whose reticence to engage in military adventurism relative to his predecessors was roundly criticized by establishment hawks. Below we argue that this foreign policy trajectory is consistent with historical precedent and will greatly alter the winners and losers going forward.

But first, why should investors care about changes in American foreign policy and more broadly, fundamental changes in the geopolitical order? We would posit that structural changes in the geopolitical landscape and world order is foundational to the long-term risk premia attached to investment assets. For example, the 30 plus year bond bull market is as much a result of the deflationary impact of trade globalization (catalyzed in particular by China’s 2001 entry into the World Trade Organization), as Fed policy. Similarly, the relatively low equity market risk premia between the end of the Cold War in 1991 and 2007 (often referred to as the “age of modulation”) was also underpinned by relative geopolitical stability. (See the chart below). 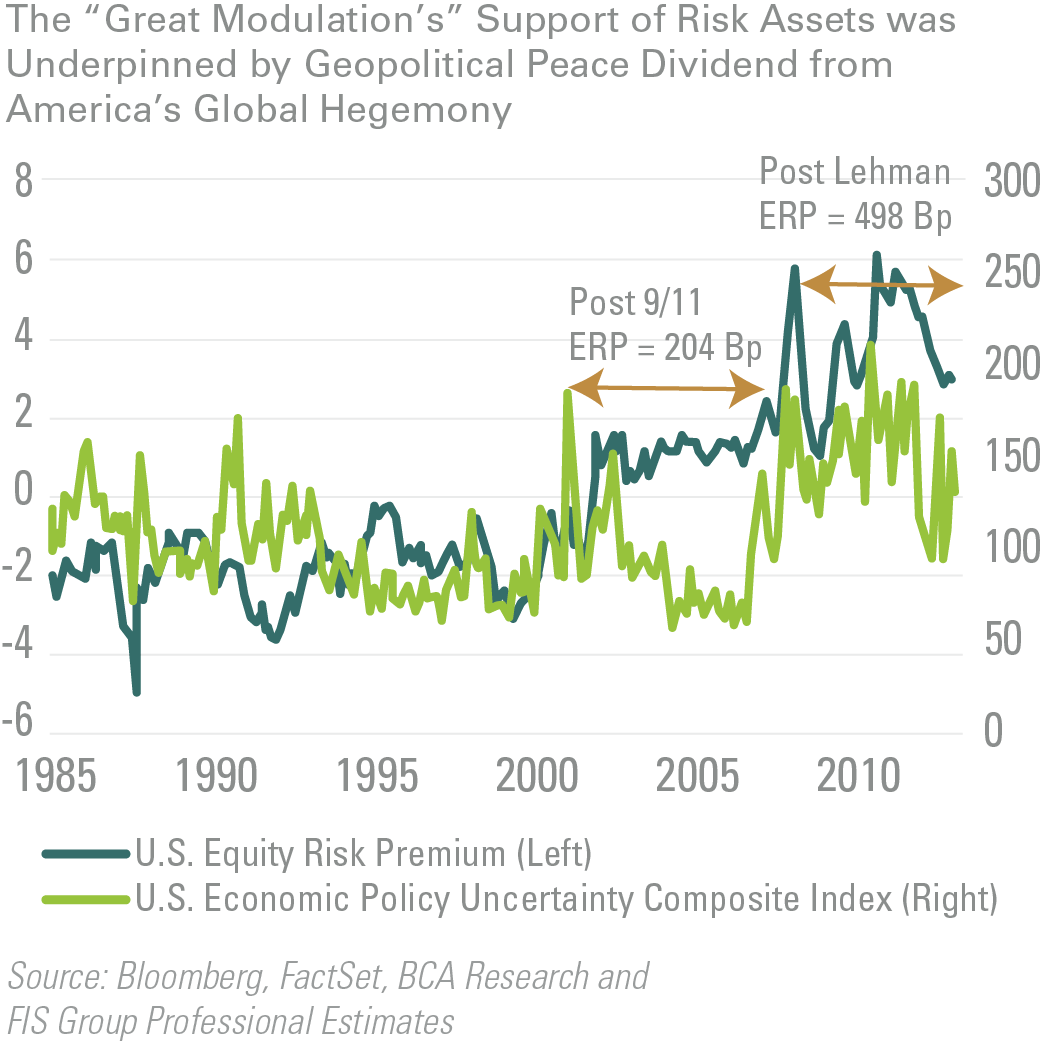 In order to understand both the historical context and long term investment implications of the current period of political tumult, we turned to the works of thinkers outside of the traditional gaggle of investment analysts, such as Thomas Freidman’s, Thank You For Being Late: An Optimist’s Guide to Thriving in the Age of Acceleration, Peter Zeihan’s The Absent Superpower and various research reports by Marko Papic, geopolitical strategist for BCA research. Each in their own way point to 3 themes:

In some ways, a retreat to a more mercantilist world benefits those countries that are least dependent on trade for their economic survival. In this regard, the relatively insular American economy, where exports represent only 12% of GDP, and is protected by its geographical isolation would be least vulnerable in such an environment.

However, Friedman in particular argues that the retreat in traditional trade of goods and services is and will continue to be vastly superseded by digital interconnectivity. So while the world grows more mercantilist in terms of the traditional trading of goods and services, it will flatten and become more interconnected, despite the attempts of policy makers to erect or reinforce national boundaries and trade protections. For example, according to the 2013 McKinsey Digital Flows study, back in 1990, “the total value of global flows of goods, services, and finance amounted to $ 5 trillion, or 24 percent of world GDP. The public Internet was in its infancy. Fast-forward to 2014: some $ 30 trillion worth of goods, services, and finance, equivalent to 39 percent of GDP, was exchanged across the world’s borders.” Cross-border bandwidth [terabits per second] has grown 45 times larger since 2005 and is projected to grow by another nine times in the next five years as digital flows of commerce, information, searches, video, communication, and intra-company traffic continue to surge.

This phenomenon will change the calculus of winners and losers away from countries and organizations that control the greatest “stock” of physical resources on which they can impose economic rents, to those who control and harness the greatest amount of digital “flows” of information and technological innovations. On a micro level, think of the difference between traditional media companies and Facebook, whose digital reach has propelled what started out as mere social interaction platform to arguably, one of the most influential media companies globally. On a country level, the Obama Administration’s “pivot” away from the Middle East was accommodated by technological innovations in fracking, horizontal mining as well as renewable energy which lessened America’s dependence on oil from the Middle East. This pivot along with lower oil prices ushered in by the increased global energy supply has in essence, defanged OPEC as the monopoly price setter, made Gulf oil producers (who relied on high oil prices for imposing domestic social stability and American oil dependence for geopolitical protection) more vulnerable; which in turn has ratcheted up regional Middle East tensions.

Freidman would probably also challenge Freihan’s assumptions around the primacy of the protections that arise from America’s geographical isolation. One need only to look at new modes of warfare, such as cyberattacks and drone technology to understand that the game has shifted. Global interconnectedness, also leaves all countries and financial markets more vulnerable to less powerful bad actors.

From an investment point of view, a few themes come to mind as likely to do well in the evolving world order. These themes are in large part similar to those expressed in our Q1 2017 Outlook: