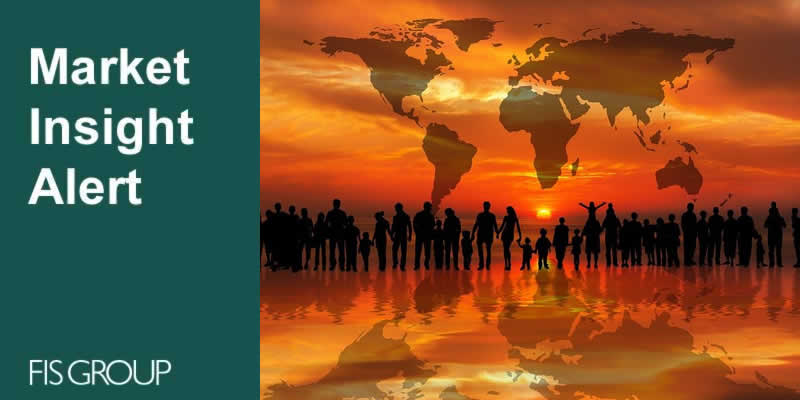 Populism is on the rise and it has historically led to increased inflation and declining real growth, i.e., Stagflation. 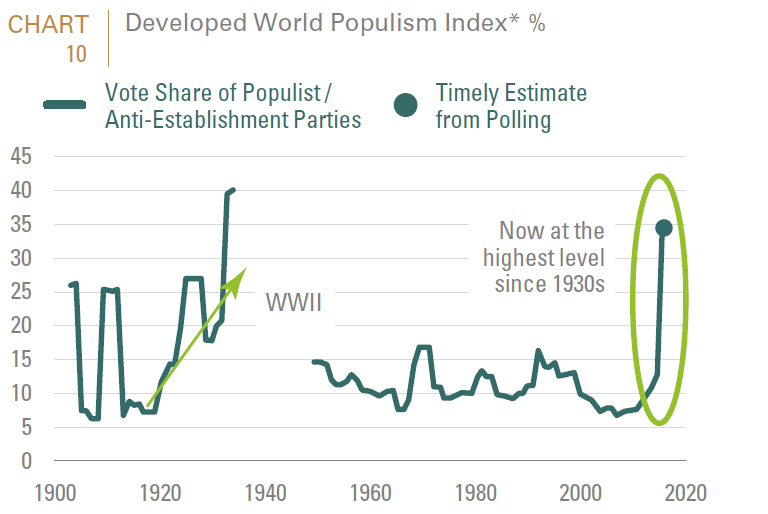 Argentina’s descent into economically destructive cycles of populism, beginning with the Peronist government of the mid-1940s, presents an extreme cautionary tale. When Juan Domingo Peron rose to power in 1945, Argentina was the 7th wealthiest nation on earth and the most developed in Latin America, with the largest and best educated middle class.

However, amid the transition to a modern industrialized nation, the seeds of populism and extreme nationalism found fertile ground in Argentina’s growing inequality. Peron’s populist policies (such as raising real wages well above the marginal product of labor at full employment) as well as the capitulation of other government institutions led to decades of stagflation, an intractable budget deficit, ballooning national debt and a debased currency. In 2018, Argentina ranked 24th on a GDP basis and 64th on PPP basis.

While the seeds of populism in Argentina were sown by dislocations caused by their transition from an agrarian to an industrial society, the challenges facing the U.S and most of the industrialized world similarly result from structural dislocations caused by a transition from an industrial to a postindustrial society. The resultant “frustration gap” over increasing income inequality and declining social mobility is similarly pushing median voter preferences towards populist leaders on either the right or the left. This is driving mainstream politicians further right or left in order to meet voter demands.

Therefore, whatever the outcome of upcoming elections, one should not view victories by Donald Trump in the U.S., Viktor Orbán in Hungary, Andrés Manuel López Obrador in Mexico, Jair Bolsonaro in Brazil, nor Brexit and the election of Boris Johnson in the U.K. or the coalition of the Five Star Movement and the League in Italy as isolated events; rather, they are likely to be the first in a string of such victories.

You can read our 2019 analysis of institutional investor derisking trends, Battening Down the Hatches, Part 1 here: FIS Research: Battening-Down-the-Hatches-Part-1.pdf