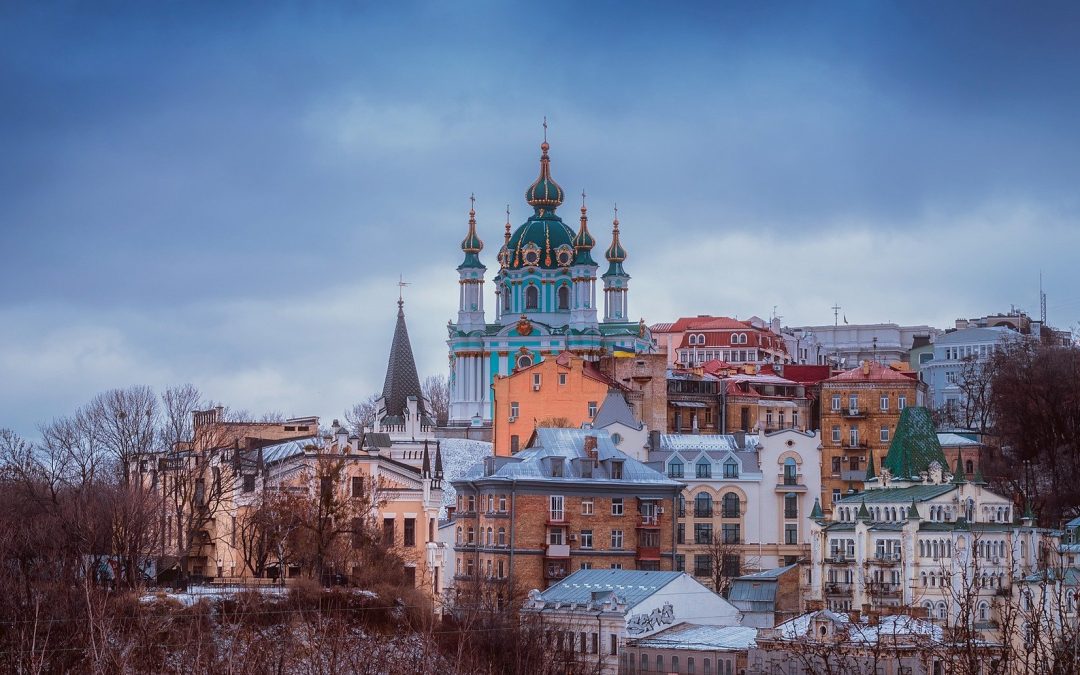 END_OF_DOCUMENT_TOKEN_TO_BE_REPLACED

This is now the fifth time Russia has become ‘uninvestable’ in our careers, so we have plenty of experience in seismic shocks such as these. The way to successfully navigate them is always to a) not panic b) stick to your process and c) focus on the contagion, not the problem.
[1]
– North of South Capital

“Everybody has a plan, until they get punched in the mouth”
– Mike Tyson

On February 24, 2022 Russian troops openly marched across the border into Ukraine, delivering an unambiguous Tyson-like punch to the mouths of the post WWII nation-state political order. As of February 28, the U.S. and EU have limited the access of some of Russia’s largest banks to interbank SWIFT markets, while taking the unprecedented move of freezing the international assets of Russia’s central bank. To date, existing equity and debt of all Russian companies (including state owned financial and hydrocarbon companies) remains freely tradeable, though the Russian market has lost over 60% of its (already depressed) value YTD.

While the political, military, and economic situations will clearly continue to evolve quickly over the coming days and weeks, we have summarized the most salient commentary and news from our universe of boutique managers. The perspectives come from firms with a broad range of investment styles and regional scope.

Arga has had zero exposure to Russian equities across all their global and international strategies since September 2021. Their Emerging Markets equity strategy had a 1% position in Russia as of 2/23/22 (underweight their reference index). As the crisis continues to unfold, Arga is focused principally on non-Russian companies, but where the market’s perception of the firm’s economic exposure is at odds with their internal analysis and thus has yielded material discounts in their valuation.

North of South has been overweight Russia for several years, seeing attractive valuations and high dividends amid improving (albeit from a low base) corporate governance in an economy subject to orthodox economic and monetary policy. Entering 2021 this overweight stood at over 8% vs 3.3% for the MSCI Emerging Markets index, higher than their historical norm given elevated oil prices. As tensions mounted, about a quarter of this exposure was trimmed in January and by the start of the invasion on February 24th, stood at a mere 2% (vs. 1.7% for the MSCI EM index), with the bulk of this exposure in gold or gas companies. They see the greatest near-term opportunity in nearby Central and Eastern European markets and Turkey, where North of South has had zero exposure for most of the past year but is currently researching selected opportunities given the price weakness. North of South, which has been in business under the same CIO since 2004 (and whose portfolio management experience in EM began in the mid-1990s), added:

“This is now the fifth time Russia has become ‘uninvestable’ in our careers, so we have plenty of experience in seismic shocks such as these. The way to successfully navigate them is always to a) not panic b) stick to your process and c) focus on the contagion, not the problem.”[1]

RVX is a multi-asset emerging markets specialist boutique, offering dedicated debt, equity, and multi-asset absolute return strategies in emerging markets. As of February 24, 2022 they had no exposure to Russia, Ukraine, or any Eastern European country in their EM equity portfolio. In their view,

“Russia will remain uninvestable for many months, perhaps even years. Even if there is an agreement with them (which is doubtful), trust in Russia has been enduringly harmed such that foreign direct investment has perhaps been permanently diminished, which limits their growth potential. The attractiveness of investing in Eastern Europe will depend in large part of the fiscal and military support they receive from Europe and NATO. We expect that they will be firmly supported so assets in these countries could become attractive if their valuations correct enough.”[2]

Channing’s exposure to Russia began 2022 at 5.5%, overweight versus the MSCI Emerging Markets index which was 3.6% at the time. In mid-February they sold their position in Sberbank, seeing that as the likely target of potential western sanctions. This was followed by selling Gazprom after Germany announced a halt to the Nordstream 2 pipeline (2/23/22), and sold the rest of their positions amid despite the poor market conditions over the 72 hours following the invasion.

“We exited Russia because it became apparent to us that the risk of remaining invested there is high for these reasons: (1) potential nationalization/confiscation of foreign assets as retaliation for the sanctions that the U.S. and its allies have imposed, (2) the decision to bar certain Russian banks from the SWIFT inter-banking system could lead to non-payment of dividends, (3) the potential for U.S. pension funds to require divestment of Russian investments, and (4) even if a peace agreement were reached, it could take years to restore investors’ confidence in Russia while Vladimir Putin remains in power.”[3]

Aubrey has had no holdings of any Russian companies since 2018 across their global, global EM, or European equity strategies. The present situation has only further reinforced their disinterest in the market. As it pertains to the broader potential fallout within European markets, however, their veteran Europe PM, Sharon Bentley-Hamlyn shared her perspective on investing in Europe through war and political uncertainty:

“We have not had a war in Europe since the early 1990s, and as I started my career in September 1992, 6 months into the Balkans conflict, I thought I would remind myself of stock market performance at that time. Looking at the German Dax, the index fell around 25% between May and September 1992 and then rose some 61% between September 1992 and December 1993. Hindsight is a wonderful thing, and those clever enough to get out in May and back in in September and hold to the end of 1993 would have done extremely well. Even had you not sold in May 1992 but just held on through the drawdown, you would still have been 26% ahead by the end of 1993. For the next two years you would have made no money at all, unless you had been a very clever market timer, as the DAX essentially traded in a range which it did not break out of until 1996. It then nearly doubled over the next 20 months to August 1997.”[4]

This manager offers an array of domestic (Russian) funds serving a primarily local client base, but which also has/had over $1 billion in international clients invested in their Russian equity strategy (as of late 2021). In their view, even after the invasion, they believe that the probability of an all out ban on economic activity with Russia, such as was levied against Iran or North Korea remained low. What they viewed as most damaging economically was the freezing of Central Bank assets. In their estimation, sanctions may affect up to 50% of Russia’s estimated USD 643 billion in reserves and presents a significant barrier to the stabilization of the currency and a complete de-anchoring of already pessimistic inflation and economic expectations.

Russian Equities Boutique – based in Moscow and London – Prosperity Capital

At $3 billion in AUM (as of 12/31/21), Prosperity Capital is generally regarded as the world’s largest Russian equities boutique and is one of two such boutiques appointed by the Norwegian Sovereign Wealth Fund to manage their Russian equity holdings. As of 2/28/22, their website listed an Investor Notice for the “Suspension of Net Asset Valuation, Subscriptions and Redemptions.”[5]

At about $600 million in AUM (as of 12/31/21), Halcyon is one of the largest Russian boutiques in the world and the other manager appointed by the Norwegian Sovereign Wealth Fund to manage their Russian equity holdings. As of 2/28/22, their website showed the following message on its homepage:[6]

All quotes obtained from internally published client letters and reports, unless otherwise cited.
This report is neither an offer to sell nor a solicitation to invest in any product offered by Xponance® and should not be considered as investment advice. This report was prepared for clients and prospective clients of Xponance® and is intended to be used solely by such clients and prospects for educational and illustrative purposes. The information contained herein is proprietary to Xponance® and may not be duplicated or used for any purpose other than the educational purpose for which it has been provided. Any unauthorized use, duplication or disclosure of this report is strictly prohibited.
This report is based on information believed to be correct, but is subject to revision. Although the information provided herein has been obtained from sources which Xponance® believes to be reliable, Xponance® does not guarantee its accuracy, and such information may be incomplete or condensed. Additional information is available from Xponance® upon request. All performance and other projections are historical and do not guarantee future performance. No assurance can be given that any particular investment objective or strategy will be achieved at a given time and actual investment results may vary over any given time.