The Rest Of The World’s Performance Leadership Hangs On China 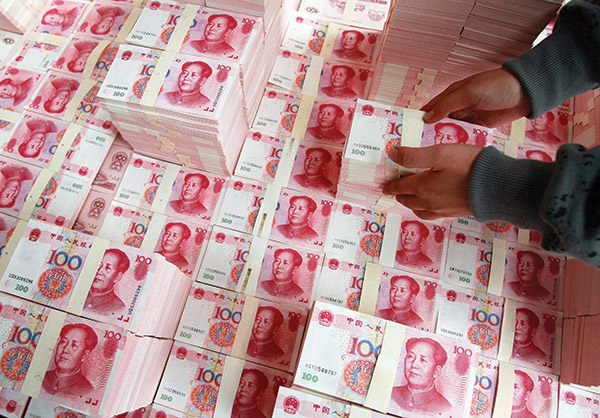 In my Q3 2019 Market Outlook Report I outlined our belief that China’s growth slide is bottoming and that, at least in the short term, the policy uncertainty from the U.S.-Sino trade imbroglio will be diminished because both sides need an apparent “win”, even if it does not substantively address their underlying strategic fissures. That said, the volatile Caixin Manufacturing PMI dipped below 50 and both the manufacturing and service indices weakened in June (see CHART 4). 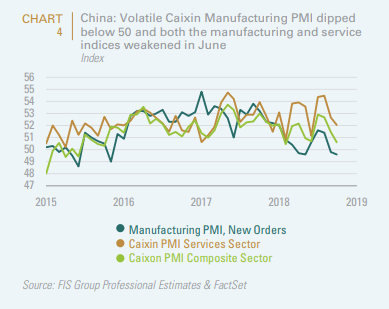 As mentioned in our 2Q 2019 Outlook, historically it has taken 6 to 12 months before the effect showed through via a rebound in global trade, commodity prices, and other China-related indicators. While the authorities are once again boosting infrastructure spending by allowing local governments to issue special bonds (as exhibited by the material increase in social financing in CHART 5), their clampdown on shadow banking also remains important. 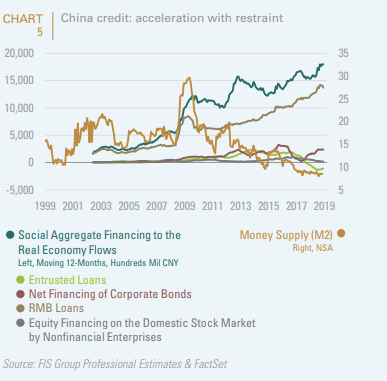 Notably, “Entrusted Loans,” which typically are off-balance sheet, have declined, suggesting that despite the policy pivot towards reflation, balance sheet repair and deleveraging remains an important. The net effect of this is that non-state owned private companies remain starved for credit as well as a more nuanced reflation approach. We expect a more muted policy impetus to global trade and commodities than in 2016.