END_OF_DOCUMENT_TOKEN_TO_BE_REPLACED

Every April, MLB players don Jackie Robinson’s number 42 jersey to commemorate his breaking of the color barrier after Branch Rickey signed him to the Brooklyn Dodgers in 1945. Robinson is rightly celebrated as a gifted baseball player who had the grit, determination and courage to withstand the effrontery required to integrate Major League Baseball (MLB), while Rickey is viewed as the visionary executive who recognized black talent through the distorting prism of racism.  But like the movie “42,” this is not the complete story; as it ignores Robinson’s preceding career with the Negro League which was ultimately destroyed by Rickey and other MLB owners’ tactics. For corporations and institutional asset owners seeking to enhance diversity and address the racial wealth and opportunity gaps, the “other” side of the Jackie Robinson saga provides a cautionary tale.  The story shows the devastating consequences of disregarding and circumventing the institutions that give rise to, or support the “star” players, consumers and businesses that they seek to attract.  It also demonstrates that meaningful integration and sustainable prosperity requires equitable participation by diverse businesses in addition to representation of diverse individuals within our society’s institutions.

Rickey recognized the potential of black baseball players, and even sponsored an exhibition game with an all-star line-up of Negro League players in 1946. The Negro League owners viewed the game as an opportunity to highlight their all-star lineup. Rickey, who viewed the Negro League as illegitimate and “in the zone of a racket”; poached five Negro League players, including Robinson, without compensating their team’s owners.   For context, during segregation black entrepreneurs had limited legal or civil rights to protect their assets/wealth from expropriation; and what was not appropriated, could be destroyed.  The 1921 race riot that destroyed Tulsa, Oklahoma’s Black Wall Street, (whose centennial anniversary will be commemorated this May 30th) poignantly exemplifies this risk. Denied of equal legal standing, the Negro League owners did not sue Rickey for breach of contract. Among their ranks, the most notable critic of Rickey’s tactics was Effa Manley, co-owner of the Newark Eagles (and fellow Philadelphian). Manley, who fought for compensation of team owners and recognition of Negro League contracts, remains the only woman to be inducted into the Baseball Hall of Fame. In 1948, the Negro League was disbanded. Unfortunately, its over 3,400 players and seven teams would not be recognized by MLB until 2020.

The painful and hard-fought struggle to integrate MLB and all segments of our society are rightfully celebrated. But imagine if the major leagues had elected to merge with the Negro Leagues instead of expropriating their star players. Perhaps some Negro League teams could have become full MLB teams, with the remaining League players entered into a supplemental draft for all teams? How might having majority black owned MLB franchises have transformed the current racial hierarchy among sports franchises? For asset owners and corporations today, do your efforts to increase diverse representation within your organization support or erode existing black and brown businesses in the field? 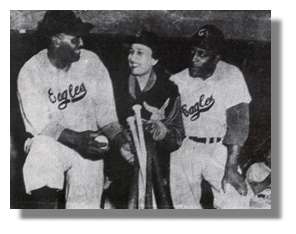 Addressing racial disparity and inequity will require a multi-dimensional approach which includes participation of the diverse community.  Efforts to increase diverse employment must also be matched with an equal focus on supporting black and brown entrepreneurs because studies have shown that increasing entrepreneurship has a significantly greater impact on closing both the racial mobility and wealth gap than employment alone.1 This is why increasing supplier diversity, peer to peer and mentoring networks, and enhancing access to capital are all critical to addressing the racial wealth gap.

For the investment industry, studies that contrast the performance of diverse vs. non-diverse managers, including the gold standard Knight Foundation report, find that they are equally competitive.2 Yet less than 1% of the roughly $90 trillion asset management industry is managed by diverse firms; with black investment firms representing less than $100 billion (combined). The Knight report and other studies also found that diverse private equity GPs, which managed approximately 8% of private equity assets, showed a performance edge, likely because they are best positioned to leverage differentiated networks and underinvested segments of the economy.  The common theme between the Negro leagues and diverse investor firms? A dearth of access to opportunity and capital!

During the critical early years of development, the success of most investment firms is more correlated to cultural associations, professional and social networks than investment returns.  To illustrate the power of unconscious bias, recall the Certified Financial Planner Board of Standards commercial intended to encourage more critical evaluations of financial advisors’ qualifications.  After they gave a clean-cut makeover and a few “scripted” financial phrases to a Caucasian male DJ who normally sported long dreadlocks and copious piercings, all but one client chose to hire him as their financial advisor. (CFPB Commercial). Diverse investment professionals and firms challenge these unconscious cultural associations, and typically have less access to critical social and professional networks to turbo-charge their early capital raising. This access gap compounds over time compared to non-diverse peers.  This phenomenon highlights the reason that multi-manager firms with robust seeding and engagement platforms are critical for narrowing the early funding gap.

Closing the racial wealth and opportunity gap is not only a social justice imperative; it is critical for the long-term sustainability of our economy. This is where the fiduciary and pecuniary interests of asset owners intersect with efforts to obtain a more inclusive economy. Ultimately, financial returns are supported through sustainable economic growth and a durable society. America’s aging economy has struggled to grow organically without extraordinary monetary and fiscal intervention. McKinsey and others have shown that closing the racial wealth gap could increase GDP up to $1.5 trillion per year by 2028 – a home run for all!

1 The “Myth” That Black Entrepreneurship Can Reduce the Gap in Wealth Between Black and White Families, William D. Bradford, 2014