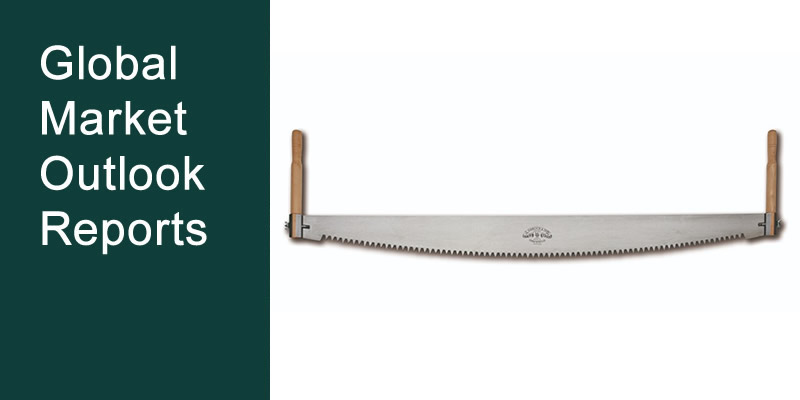 So far, three of the four main themes for 2018 that we shared in January’s report – more aggressive Fed rate hikes, mean reversion of low vol, and geopolitical risks from Trump’s foreign and trade policy – appear on track and our Q1 positioning was accretive. On our fourth theme, U.S. dollar strengthening, we remain confident, although it did not materialize during Q1.

This quarter’s report contains our current country and sector positions in detail, as well as a special section on FM, “Frontier Outlook & Index Updates“.

Global risk assets spared no time ringing in the new year, surging 7.3% (10% for emerging markets) in the opening weeks of January. But a cocktail of fears including are pricing of the pace of rate tightening in the U.S. and an unwinding of short vol positions cascaded through global markets, wiping out most of the year’s gains in a brief two-week period (see Chart 1). Since then, markets have been contained in a range-bound trend, that many observers are hailing as a return to normalcy in the markets. Part of this boundedness is surely over fears of a trade war as the Trump Administration has finally launched their long promised salvo of trade measures against China. We profile this conflagration in further detail in our recent FIS Foresights piece, The Real Target is “Made In China 2025”; Not the US-China Trade Deficit. Over the past five quarters, Japan has modestly outperformed Europe, which has in turn modestly outperformed the U.S., though all developed markets have been dwarfed by emerging and to a lesser extent frontier markets (see Chart 1). 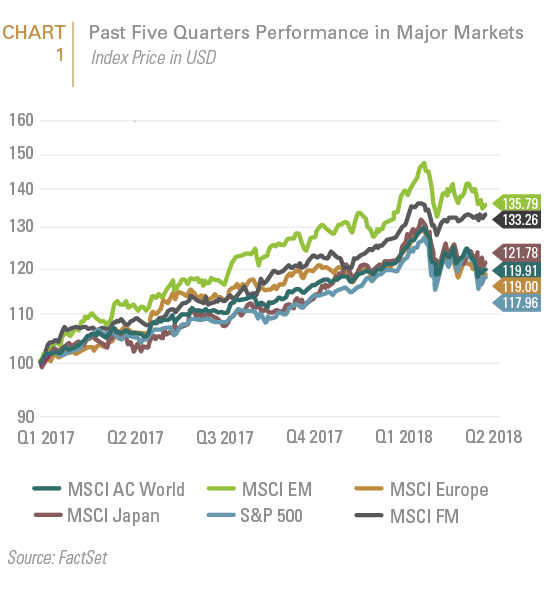 So far our four main themes for 2018 – more aggressive Fed rate hikes, U.S. dollar strengthening, mean reversion of low vol, and geopolitical risks from Trump’s foreign and trade policy – appear on track, other than of course the U.S. dollar, which slumped again in Q1 against major global currencies (see Chart 2). Although the US dollar’s long-term structural downtrend from a slower underlying pace of U.S. productivity growth relative to the rest of the world and a persistent external deficit, over the 6 to 12 month investment horizon, the US dollar could be buoyed by cyclical factors. For example, U.S. fiscal stimulus is initially bullish for the dollar, despite the fact that this will worsen the current account balance. Additional protectionist measures should also support the dollar as long as retaliation is muted. Already in early Q2 the USD has begun to retrace some of its earlier losses and we think the positioning of the markets in long EUR remains particularly crowded. 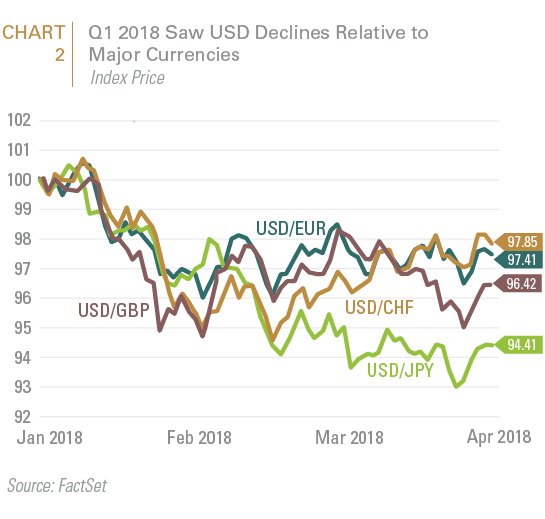 Most of our positioning from Q1 was accretive, as we remained overweight Japan and Emerging Markets (EM) relative to the U.S. and the UK. Within EM, Korea and Poland underperformed, but our favor to Brazil, Russia, Taiwan, Nigeria, Pakistan, Colombia, and Chile relative to EM all proved accretive, as did our tactical underweight to India despite our longer-term bullish outlook on the market. During Q1 we exited our position in Nigeria for a handsome gain and switched into Egypt, which has since also outperformed.

Looking towards Q2, on the surface we have made few changes, remaining constructive on Core Europe and Japan, neutral to the U.S. and UK while eschewing Australia. Within Europe and Japan we have tilted more heavily towards financials in particular, as we believe that rate normalization in both markets will accrue disproportionately towards banks, which remain at depressed valuations, especially in Japan.

For this next quarter, we are neutral overall on emerging markets, as our longer-term constructive view is tempered by some expectation for U.S. dollar strengthening and potential weakness in the Chinese credit cycle in the near term. We have reversed our bullish position in Taiwan and are now underweight the market as it is perhaps the most susceptible to Sino-American trade tensions. We are similarly a little more cautious on Korea, though tactically positioned to benefit from what we believe could be some positive news flow coming out of the summit meetings with North Korea. In Russia we are bucking the market consensus and staying overweight, having even added slightly to the position on price weakness following the most recent round of sanctions over Russia’s support for Syria. While Russian geopolitics remain deplorable, (particularly their brazen assassination of a British national on British soil), Russian economics continue to improve. We believe that a stable to positive outlook for oil prices will ultimately prove more important for Russian risk assets than current geopolitics; while we are being paid to ride out the storm with a 5.3% dividend yield on the market (for the ETF). Moreover, Russian equities, which should trade at a discount to their peers, remain too cheap for the improving economic fundamentals and in an environment which remains supportive of oil prices. As noted in the Table outlining our sector positioning, both supply-demand dynamics and geopolitics (particularly with the Trump Administration threatening to withdraw from the Iran Agreement) should continue to support oil prices for at least the next few quarters (if not higher or for longer). This quarter, we added Thailand to our EM portfolio. Despite multiple delays in holding a civilian election, Thailand’s military junta has brought relatively competent and stable economic management. Moreover, Thailand’s relatively low external debt and foreign funding makes it less vulnerable than many other EMs to global/EM turmoil.

For our full, detailed list of country and sector positioning, see Table 1.

Q1 was also a busy time on the frontier, with Vietnamese equities approaching parabolic heights by the end of the quarter. After seeing the markets crest mid-April, we moved Vietnam back to neutral relative to frontier. The long-term fundamentals of the market remain solid and reasonably priced given a growth outlook (0.7x forward PEG); but we expect a cooling off period for at least a few months as fundamentals catch-up to prices. Romania also surged ahead 19% during Q1, fulfilling our forecast for some further outperformance of the market. We are cautious going into the end of the year as inflation is cresting up and the government’s fiscal impulse continues unfettered. This could herald upside surprises for interest rates and a potential for a swift reversal of market sentiment. But the market there remains reasonably priced at about 10x trailing earnings and 1.1x P/B and so we will remain constructive a little longer, but are becoming more cautious.

In Argentina, the markets corrected 5.6% during Q1 and now seem to be waiting for the next sign. We are monitoring the inflation numbers closely, which are coming in right at our rule-of-thumb threshold of about 2% monthly CPI to stay neutral on the market. Over the coming months we are looking for a lack of bad news or more price weakness to re-enter the market. Kuwait also outperformed during the quarter (+8.1%), reaffirming our call for an overweight in our annual outlook. We think the positioning relative to other GCC markets remains very positive for Kuwait, but after some solid early year performance we are a little less sanguine on Kuwait’s outperformance for the rest of the year. We still think Kuwait has a chance to get flagged by MSCI for watch-list inclusion for an upgrade to emerging markets, but for now it appears that an ultimate upgrade is not likely without a significant uptick in liquidity.

Remaining in the Gulf, markets are aflurry over the prospect of Saudi Arabia’s potential to upgrade to emerging markets status. On March 28, FTSE announced that Saudi Arabia would be elevated to secondary emerging market status within their global equity indices. Local brokers and some investors are beginning to hype the potential for MSCI to follow suit this June. We are not so sanguine and see an MSCI announcement of an upgrade as coming late 2018, at the earliest, with mid-2019 still more likely. We also are not excited by Saudi equities, which remain at or slightly above their historical valuations and roughly on par with the rest of their would be emerging market peers. While the reforms occurring within Saudi Arabia are very interesting, and definitely should yield some exciting individual stock opportunities, we are not convinced that this market represents either a growth or value opportunity, and thus remain dissuaded to follow any beta play in the market. For our views on other potential reclassification candidates, as well as a review of recent research suggesting a trading strategy for such index changes, please refer to our recent FIS Foresights piece, Profiting from MSCI Reclassifications.