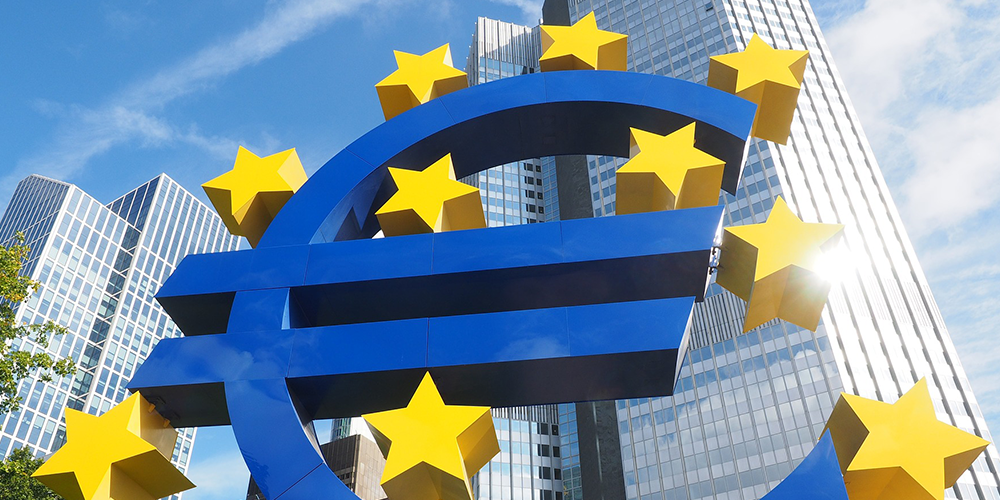 END_OF_DOCUMENT_TOKEN_TO_BE_REPLACED

Since the initial resolution of the European Sovereign debt crisis in 2012, many boutique managers have rated Eurozone equities as a particularly attractive risk/reward opportunity.  The initial premise was related to profit normalization. Compared to their European counterparts, the Fed and U.S. government reacted faster and more aggressively to the Great Financial Crisis. More than three years after global markets began to recover, the aggregate EPS of European companies was still 35% below the prior peak, while U.S. stocks were 10%+ above their pre-crisis earnings levels. The slower-moving ECB and complications relating to sovereign debt and misguided austerity measures were significant headwinds that could provide a catalyst should they diminish.

Despite anemic top-line growth, profit growth did in fact equalize (with a much lower starting point for European stocks). Investors in European stocks were not rewarded as expected. Even with relatively equal EPS growth, U.S. stocks significantly outperformed, leaving European stocks trading at a roughly 40% relative discount to trailing earnings. The performance gap was magnified for U.S. Dollar investors (see Table 1).

The relative valuation discount to the U.S. and other developed markets is more pronounced than their global peers. The sharp rebound in relative valuation is due more to EPS falling than through price appreciation (see Table 2).

Using forward earnings, European stocks are trading at roughly the same discount as when exiting the sovereign debt crisis in 2012. Currency weakness, geopolitical risks and lack of revenue growth meant that U.S. investors were not rewarded for increasing their relative allocations to Europe in 2012. How will European stocks respond to the current economic and geopolitical risks facing the region? Below we highlight the risks and showcase the current views of select investment managers.

The Russian invasion of Ukraine and what it has done to the energy markets still represent a significant risk for European economies.  Sanctions by the West have been met with threats of energy weaponization by Putin.  To date, these actions have been smaller scale and more symbolic, such as ceasing gas exports to smaller and ‘unfriendly’ nations who refused to pay in Rubles such as Poland and Finland. Combined with some countries’ unilateral suspension of imports from Russia, the impact on Eurozone markets is already palpable, evidenced by euro natural gas contracts which have risen by 53% in the last two weeks of June. Meanwhile, Russia’s hydrocarbon revenues have increased this year due to higher oil prices and continued sales to non-aligned countries (especially India and China).

At this point, Russia remains in the position to squeeze the West even further. The situation looks particularly dire in Germany, where an emergency energy program is already underway, and gas rationing in the country could be next.  EU leaders may eventually face a binary choice, accept the pain and maintain a united Western front, or capitulate to Russia.  The unknowns of this energy crisis remain a dark cloud over the Eurozone economy.

June headline year-on-year CPI inflation across the Euro area was 8.6%, the highest rate in the currency union’s history.  Although inflation has been a global phenomenon, the Eurozone’s inflation problem is fundamentally different as it is concentrated in food and energy.  Energy and food will remain the key drivers of inflation in the Eurozone, and the ECB policy tools can do little to address them.  Having less leeway than other central banks in the ongoing battle against inflation, the ECB’s planned rate hikes are much more subdued than global peers like the Fed.

The Eurozone’s GDP growth recovery from the COVID-19 shock has lagged the U.S. and other developed countries.  Although Q1 Eurozone GDP growth surprised the upside, there is a growing consensus that the ECB will cut its growth forecasts for the next three years (see Chart 2).

Once changing course in 2012, ECB policy had been extremely accommodative. These measures gave a false sense of political cohesiveness since no member countries were hurt (in the short term) by easy monetary policy.  Moves in the other direction highlight the fundamental conflicts that initiated the sovereign debt crisis in 2010.   What makes the situation this time around more worrisome is the higher debt levels some EU countries have accumulated since the pandemic (see Chart 3).

Unlike the Fed or BOE, the ECB will face fragmentation pressure in hiking rates.  Once again, all eyes are on the periphery, where the impact of higher rates will be more deleterious. More indebted nations like Italy and Greece are already seeing yields rise sharply relative to Germany, causing some to question the ECB’s commitment to future rate hikes.  ECB President Christine Lagarde recently stated that “new instruments will be made available” if “fragmentation” might “prevent adequate monetary policy transmission.”  It’s unknown how these ‘new tools’ will address the underlying cause of previous fragmentation.  Europe is not a homogenous economy. Each member country has different levels of indebtedness, inflation sensitivity, and most importantly political dynamics. It appears that markets will need to force politicians’ hands, rather than allowing for proactive policies from the ECB.  This practically insures that more damage needs to occur than necessary.

The Eurozone’s equity market performance has underwhelmed in the past decade, mirroring the anemic economic growth, especially compared to the United States.  While valuations on a relative basis continue to appear attractive, as the probability of a global recession increase, questions remain how the Eurozone will weather the storm.  They’re faced with a myriad of risks in an already brittle economy.  We do not believe that the valuation discount in Europe captures all of the risks mentioned above. If recent history is a guide, ECB policy will be hamstrung by political concerns, which the current environment will amplify. That does not mean that we would advocate avoidance of European equities. During the post GFC period when country level risks dominated the discourse, active managers were rewarded handsomely for more nuanced points of view. Below we share the current perspective of a select group of boutique managers that we have partnered with (see Chart 4).

Selected Views from our Boutique Managers

Fithian has traditionally maintained a reasonably high weighting to EU equities but has increased its exposure to Europe in the last few months.  “Many EU companies have stronger balance sheets than their US peers as Continental Europe does not tend to like using leverage the way US companies do. If interest rates spike sharply, European companies will be hurt much less”.  Fithian also sees European companies being discovered by US hedge funds, which they believe will lead to higher valuations over time. Furthermore, investors are buying today at low Euro rates. European multinationals will benefit from higher reported revenues as the US Dollar has strengthened against their local currency.

based in Chicago, IL − Lizard Investors

Lizard sees the previous valuation excesses as yielding a longer hangover for US growth stocks than in Europe.  “The speculative bubble was nowhere near as large in EU compared to the US (SPACS, cheap growth equity, etc.).  We believe the retrenchment of true growth capital will be ongoing in the US for some time and cause more pressure in the US.  While the EU will have an economic cycle, they won’t suffer from the growth capital hangover in the same way we believe the US will.”

Perpetua is the sole manager that said they are finding more attractive long-term opportunities in the US relative to Europe and Japan.  The manager has held a bearish view on the Eurozone’s long-term economic prospects due to poor demographics and high debt levels.  But since the war in Ukraine, and a greater focus on energy independence, defense and national security in Europe leading to what they believe will be a retreat into cold war politics and trade, they see increased risk and reduced growth potential. “The opportunity set within European equities is extremely bifurcated with cyclicals (energy, materials, banks, autos) trading on single digit P/E multiple but peak earnings with substantial downside risk as the probability of recession rises. Meanwhile, P/E multiples for European defensive stocks have fallen in line with higher bond yields as the cost of capital has risen. The risk/reward trade-off is starting to favor higher quality US equities relative to their European counterparts, especially with their higher long-term growth prospects and lower relative risks.”

ARGA’s current exposure to the Eurozone represents almost 24% of the ARGA Global Equity Strategy, compared to the benchmark’s 9%, nearing the portfolio’s highest exposure to the region since that level was achieved during the European debt crisis.  In their view, the volatility related to Russia’s invasion of Ukraine created a concentration of valuation opportunities in two specific areas: European Financial Services and Industrials. “Valuations of many European financial institutions declined disproportionately in relation to the invasion’s potential adverse effects. Despite having only modest exposure to Russia, valuations of many European banks in particular have contracted sharply. Our research suggests that the indiscriminate selling of many European financial institutions was an emotion-driven overreaction, even assuming a prolonged conflict.” ARGA also sees significant opportunity for European defense contractors as defense spending normalizes at a higher level.  “In today’s world fraught with risk, we remind that risks, and especially investor overreactions to risks, are often a source of greatest investment opportunity.”